samsung-galaxy-note-8 Samsung has not yet released any updates on when Galaxy Note 8 would be available.

Fans of the Samsung Galaxy Note series are waiting for the actual announcement on when the newest “phablet” (Mobile and Tablet is with some becoming phablet or is a combination between the tablet and mobile, and starts screen size of 5.0 to 6.9 inches.)will be released. At the moment, the South Korean multinational conglomerate has yet to give new updates.

Previously, Samsung revealed its plans of creating a Galaxy Note 8. This came on the heels of the many complaints the company received after several Galaxy Note 7 units exploded. Samsung was forced to recall the gadget from the market and allegedly lost billions in the process.

Amidst all the criticism, mobile chief D.J. Koh said in an interview that they would continue with the production of the latest version. He said they owe it to the many clients who remain faithful to the brand. Koh also promised that they have resolved the battery problems that they encountered with the previous device. Speculations predict that the Galaxy Note 8 will be released August of this year.

“I will bring back a better, safer and very innovative Note 8, he said. Koh adds: “We found through the investigative process, we knew there are lots and lots of loyal Note customers.”

There are a lot of rumors on the specifications of the Galaxy Note 8.

The phablet is also said to contain an accelerometer

the device will include a stylus.

The screen size is reportedly 5.7 inches with a resolution of 3840 x 2160 pixels and protected by Corning Gorilla Glass 5.

the cameras, the rear is reportedly 12 MP or30 MP.

that Galaxy Note 8 will feature a digital assistant. 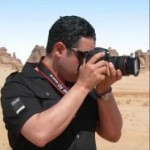